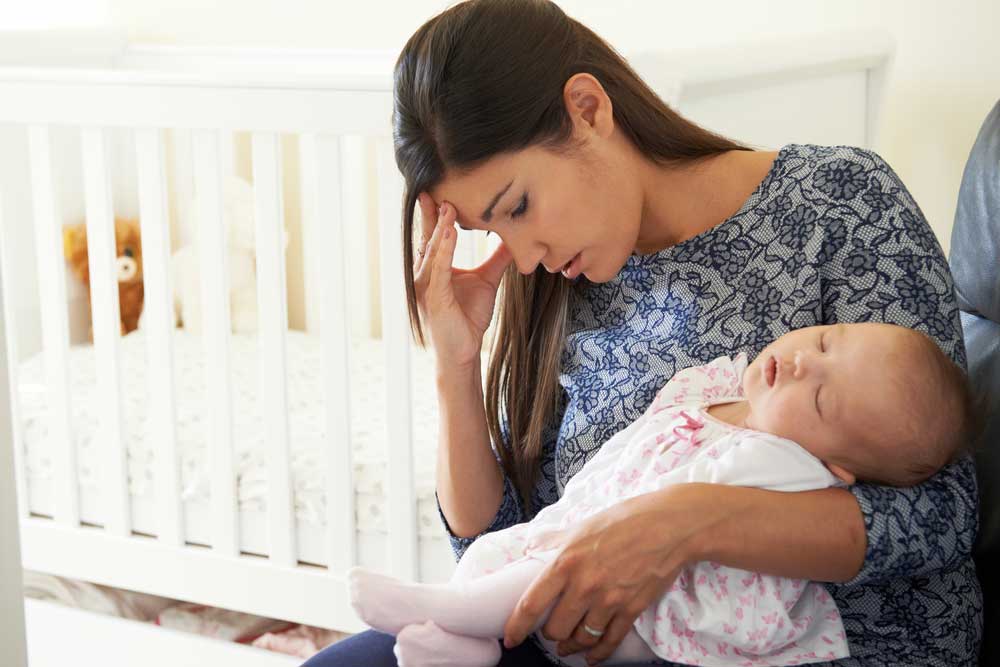 Changes in mood are very common after childbirth. In fact, many new moms experience what is often called the baby blues, which can include mood swings, crying episodes, difficulty sleeping and anxiety. Baby blues usually only lasts up to a few weeks.  However, feeling intensely depressed, overwhelmed, or anxious, could be something called postpartum depression, or PPD.

Postpartum Depression is a type of depression that can occur both during and after childbirth.  It can consist of both major and minor depressive episodes and is thought to be caused by a combination of hormonal changes and fatigue due to pregnancy. Common symptoms include: feelings of sadness, hopelessness, loss of interest or pleasure, agitation or anxiety. PPD is one of the most common medical complications during pregnancy and the postpartum period. “According to the Centers for Disease Control, 11 to 20% of women who give birth each year have postpartum depression symptoms. If you settled on an average of 15% of four million live births in the US annually, this would mean approximately 600,000 women get PPD each year in the United States alone.” 1

In 58% of the women who develop PPD, the onset begins prior to delivery, with the remaining starting within 4 months of delivery. There are multiple risk factors for PPD, the most common include: a past history of depression, stress, poor social and financial support, young age, and single marital status. It is important to identify pregnant and postpartum women with depression because untreated PPD and other mood disorders can have devastating effects on women, babies, and families. Each expectant mother should be aware of the risks of PPD and should be proactive in procuring help.  There are several screening tools used now by most obstetricians and hospitals on a routine basis in order to identify women with depression symptoms.

If diagnosed with PPD, there are multiple treatment options available including psychological therapy, pharmaceutical therapy or a combination of both. Presently, the pharmaceutical treatments on the market consist of either tricyclic antidepressants and/or selective serotonin reuptake inhibitors (SSRIs) such as Fluoxetine or Sertraline.  We are now researching new ways to treat PPD with the hormones allopregnanolone and ganaxolone. Allopregnanolone is the neurosteroid metabolite of progesterone and is thought to play a major role in returning the body to equilibrium after trauma. Ganaxolone is the synthetic equivalent of allopregnanolone. Hopefully, these new medications will become the next golden standard to PPD care.

We are starting two new clinical trials for Postpartum Depression (PPD) with these hormones at our Jacksonville location. If you know an expectant mother or someone experiencing PPD please have them call (904)730-0166 to learn more about our clinical trial opportunities. If you live near our Nature Coast offices, please talk with your doctor and visit clinicaltrials.gov for clinical trials near you.

previousHere Is Why You Should Be Concerned About Deadly Diarrhea and C. Diff!