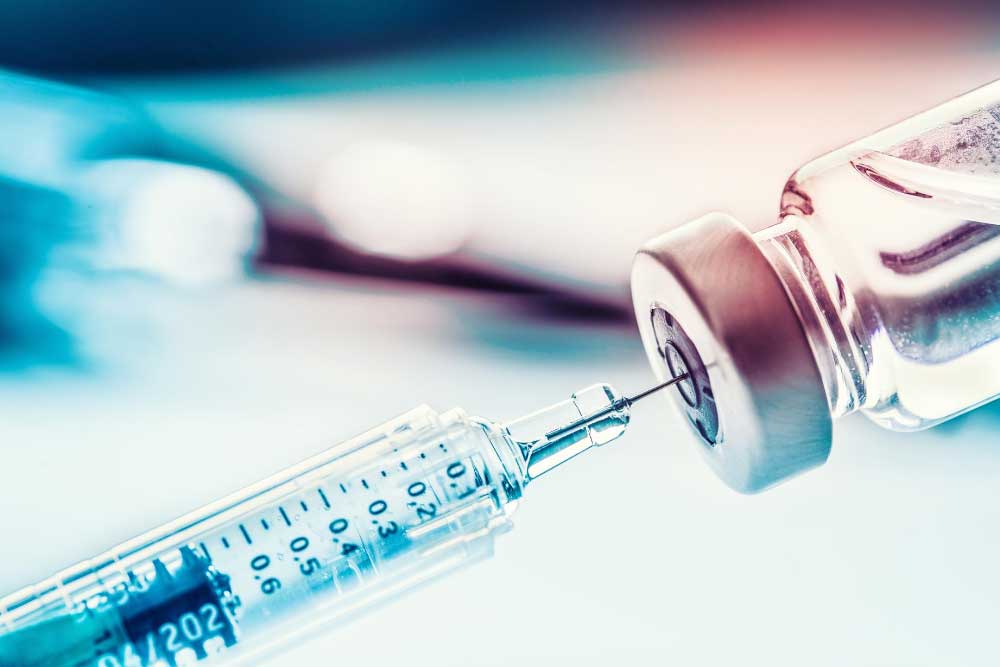 Adjuvant- Adjuvant is an element used in some vaccines that helps build a stronger immune response in patients receiving the vaccine. Essentially, it adds an extra boost to the vaccine and helps it work better.

Antibody- Antibodies is a blood protein that combines with substances the body believes to be foreign, such as bacteria, viruses and other alien substances in the blood. The antibodies work to combat these foreign substances.

Placebo- A placebo is a harmless pill or vaccine that is given to patients in a clinical trial as a controlled group. When given a placebo, researchers can then determine if there is a psychological effect or physical one, compared to the actual vaccine or medication.

Titer- A titer test is a simple blood test to check for the presence of certain antibodies in the bloodstream.

Vaccination- A vaccination is a treatment using a vaccine to create an immunity to a certain disease or diseases.

Vaccine- A vaccine is a substance that is used to create the production of antibodies to produce an immunity against one or more diseases in the body. It is prepared by using an agent of a disease, its products, or a synthetic substitute to act as an antigen without actually inducing the disease.

Quadrivalent– a quadrivalent is a type of vaccine that works by creating an immune response against four different antigens, or foreign substances in the body such as viruses. A popular quadrivalent is Gardasil, which protects against 4 different strains of HPV.

Egg-Based- Egg-based vaccines are vaccines that are injected into fertilized eggs and then incubated for several days. This allows the virus to replicate and then the fluid containing the virus is harvested from the egg.

Cell-based- Cell based vaccines are created from mammalian cells lines rather than egg-based. The benefit of cell-based vaccines is the ability to mass produce vaccine supplies at a quicker rate.

Recombinant Vaccine- Instead of taking a strand of the virus, a recombinant vaccine involves inserting a DNA coding of an antigen which will  stimulate an immune response from the body.

Conjugate Vaccine- This is a type of vaccine that contains a combination of weak and strong antigens. The weak antigen is paired with the strong antigen to produce a stronger immune system response from the body.

Efficacy- Efficacy is the ability for a medication or vaccine to produce the intended result.

Immunity– When you are immune to something, it means your body has a significant amount of biological defences to avoid infection, disease, or other unwanted antigen.

Inactivated Vaccine- Can also be called a killed vaccine. An inactive vaccine consists of virus particles, bacteria, or other pathogens that have been killed by heat or chemicals. The dead cells are then introduced into the body. The immune system can still learn from the inactivated virus’s antigens and learn how to fight the live version in the future.

Live Vaccine- Live vaccines are a weakened form of the antigen that causes a disease. Since the vaccines are so similar to the original disease, the body forms a long-lasting immune response.