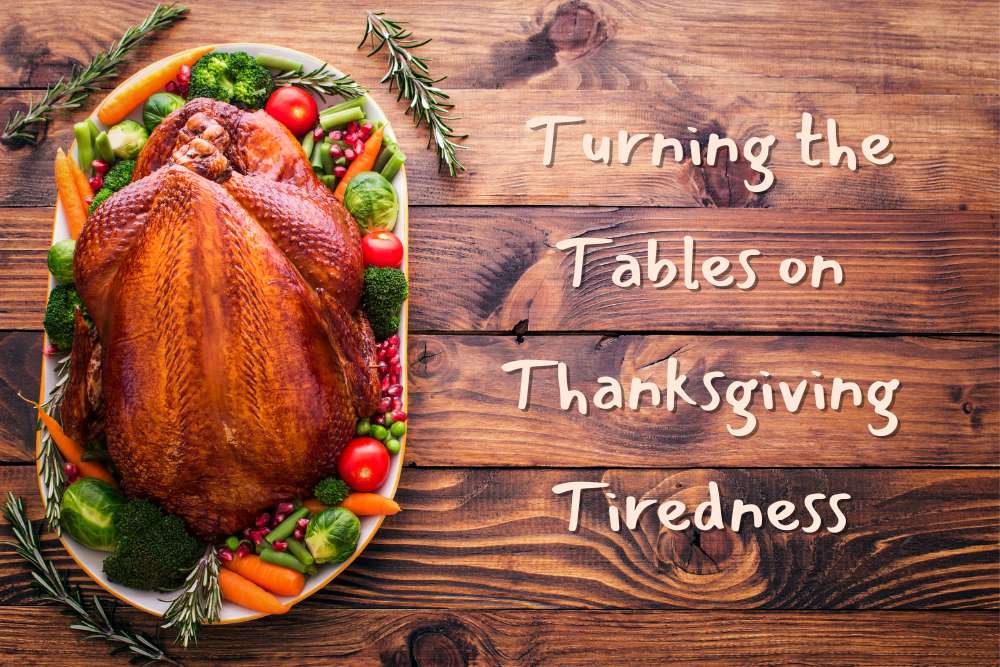 ENCORE · Tryptophan and Turkey, Turning the Tables on Thanksgiving Tiredness

We all know how Thanksgiving works. A giant meal with a giant turkey followed by tasty desserts. Then, after the meal, sleepiness sets in. But why? We usually blame the turkey and the tryptophan in the protein. But I’m a vegetarian, and I still get the post-thanksgiving snoozies. So, what is tryptophan, and does it make us tired, or is there something else to blame? This article contains a cornucopia of information to help answer these questions.

Tryptophan is an essential amino acid. Amino acids are the building blocks of proteins and are baked into many of the body’s needs. Being an “essential” amino acid means that we can’t create our own tryptophan and must instead gather it from the foods we gobble up. We need some tryptophan in our diet because it is used to create some critical molecules our body uses.

Two of these important molecules are the neurotransmitter serotonin and the hormone melatonin. These are critical little molecules derived from tryptophan and – interestingly, both interact with our sleep cycle. Serotonin acts on parts of the brain involved with learning, pain, social behavior, and sleep, among many others. Melatonin is like turkey dressing; it’s harvested further from serotonin and can increase sleepiness. Neither of these gets produced in large quantities after eating turkey, however. The large amount of other amino acids found in turkey protein keep tryptophan from making a pilgrimage to the brain after a meal because the amino acids compete for rides on the path to our brain.

So then, why do we feel tired after a big Thanksgiving meal? Well, one reason might be linking carbs (sugars) to tryptophan. Some carbohydrates can increase the ability of tryptophan to cross into the brain and get serotonin and melatonin cooking. Additionally, heavy carbohydrate intake has been associated with higher levels of tiredness and lower levels of alertness. This can be attributed to the rise in blood sugar from the heavy carbohydrates which is followed by release of insulin to lower the blood sugar.  The lower blood sugar causes you to feel tired.  So too much dessert might be resulting in a blood sugar crash after the meal.

In fact, too much of everything may be making you tired. When we eat large meals, the body activates the parasympathetic nervous system. This is also known as the “rest and digest” pathway, and does exactly what it sounds like. After a large meal, the body focuses on relaxation and digestion. This can cause extra blood flow into the stomach and can make you less alert and awake.

Turkey may get too much blame for our tiredness. As my sweet tooth will attest, the desserts may be a bigger culprit. So, this Thanksgiving, feel free to gather the family to feast (and nap) as you please, but squash the blame on the turkey!