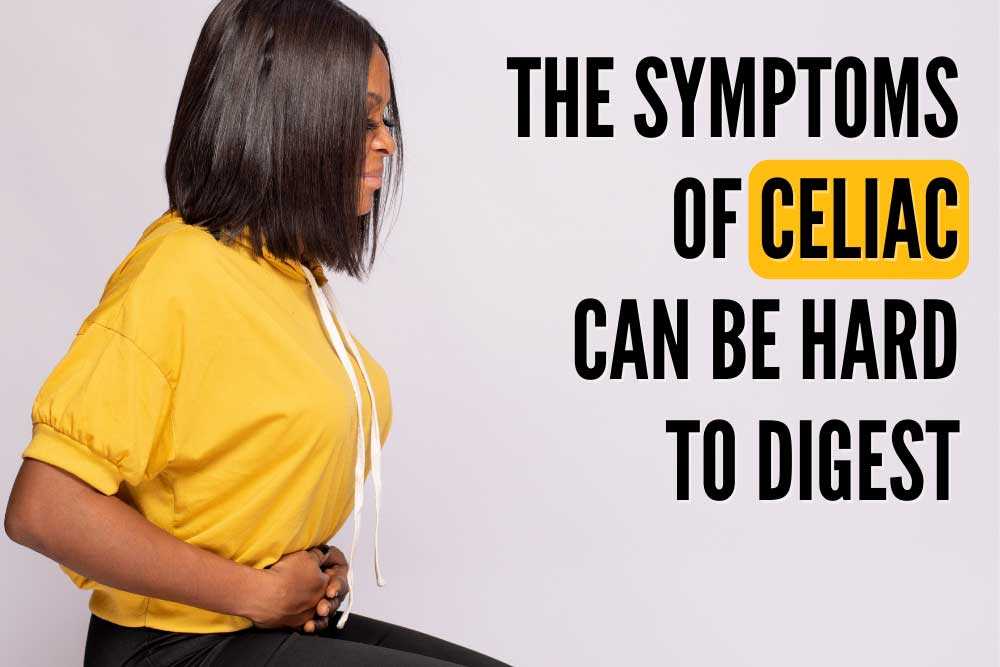 Celiac disease is one of the major health issues on our planet, affecting around 1% of the population (that’s about 80 million people!). Celiac disease is more likely to occur in females. Though onset can occur at any age, it is most likely to be discovered around age two or during young adulthood.

Celiac disease is commonly known as gluten intolerance and is classically characterized by its gastrointestinal symptoms including diarrhea, loss of appetite, weight loss, and other digestive issues. Additionally, there are other symptoms that are unrelated to the digestive system. These include anemia, bone density issues, neurological symptoms, skin rash, and more. Together these make for a severe detriment in the quality of life of most celiac sufferers.

Like most autoimmune disorders, the leading symptoms come from the body’s immune system overreacting and causing damage. Celiac disease is unusual in that the reason for the immune response is gluten, which we eat. Gluten is a structural protein found in wheat, rye, barley, spelt, and kamut. Gluten isn’t fully digestible, and some intact protein pieces make it through the stomach into the intestines. In celiac patients, the protein pieces cross the intestinal lining and are mistaken for dangerous particles or microorganisms. This can trick the immune system into action, causing inflammation and damage.

The number of people with celiac disease has been growing significantly. Five times as many people had the condition in 2000, compared with 1975. Scientists are still unsure why the disease has been growing worldwide. Better clinical testing, a spread of high gluten Mediterranean diets, and new varieties of grain are leading theories. Scientists have been able to discover much of the underlying mechanism of how celiac disease occurs, thankfully. It is genetic, and the key player appears to be HLA-DQ2 or HLA-DQ8 antigens which mistake gluten for danger. The presence of HLA-DQ2/DQ8 isn’t enough to guarantee celiac disease, but it is required. Additional contributors are thought to be other genes, environmental factors, and gut microbiota. Regardless, 95% of celiac patients have one of these dangerous antigens.

Currently, the only treatment for celiac is a strict gluten-free diet. This can be difficult to maintain, and even with a gluten-free diet, some patients continue to have symptoms. Additionally, contaminants can be unknowingly present in food and even low amounts of gluten can cause a resurgence of symptoms. Scientists are looking for new ways to combat this disease and participating in clinical trials is the best way that you can help move celiac disease medicine forward.

previousGood Medicine Is Only Half the Picture