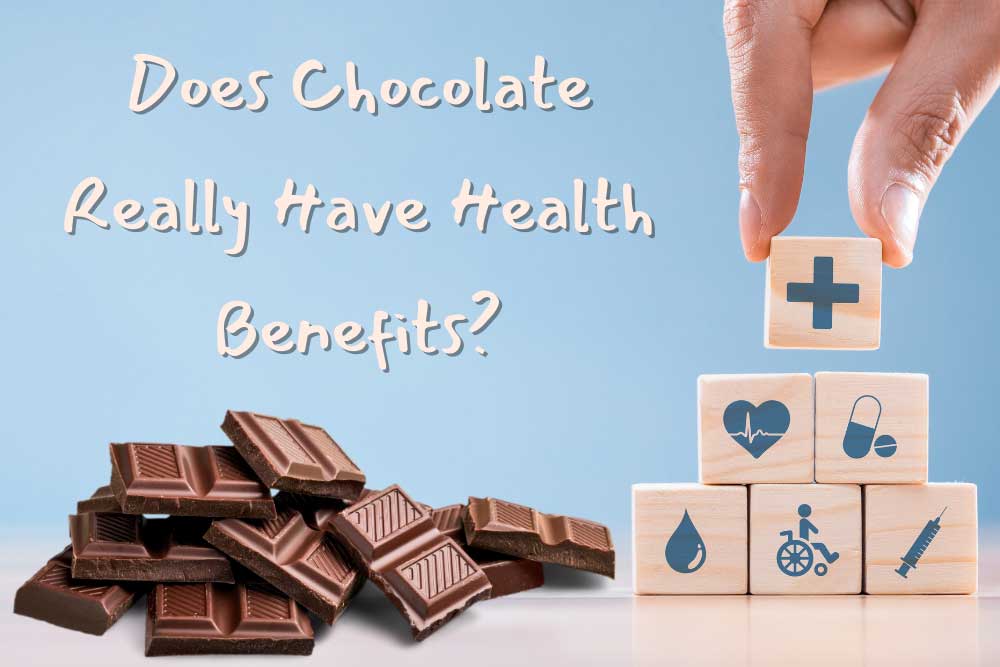 There is evidence of people consuming chocolate up to 1600 years ago. It is native to the Americas and was said to be the “food of the gods” in mesoamerica. Today we think of chocolate as sweet and delicious and the perfect food, but this was not always the case. Chocolate is thought to have originally been mixed with water and drunk as a bitter, spiced beverage. During the 1500’s chocolate was brought to Europe, where it was considered as exotic as Mars. Healers claimed chocolate healed diseases of the liver and stomach, and that it could help with fever.

Ironically, the same benefits chocolate seemingly presented to chronically underweight pre-industrial people has become a bit of a problem for us. By the mid to late 1800’s there were investigations into the health problems associated with chocolate’s additives – milk and sugar. They found that regularly eating fatty, sugary foods might not be healthy. By the 1900’s chocolate began to be associated with obesity, tooth decay, gum disease, etc. The “dark” chocolate age had begun.

By the early 2000’s, the opinion pendulum on chocolate had begun to swing back. Individual components of chocolate, such as flavanols, methylxanthines (Methyl-zan-theens) and polyphenols were shown to be beneficial to heart function in a lab. Since then there have been claims that chocolate helps everything from cardiovascular problems to metabolic ones and even cancer. It looked like chocolate was on a holiday high in medical opinion.

Unfortunately, these results may have been candy-coated. Research trials haven’t shown as much benefit as in the lab. One sweet spot picked up by newspapers was an observational meta-study which looked at over 300,000 participants. This study looked for an association between chocolate consumption and coronary artery disease (CAD). They found that people who ate chocolate more than once a week (or more than 3½ times a month) had a significantly lower incidence of CAD, heart attack, heart failure, and acute coronary syndrome. It is important to note that this was not an interventional study, and only looked at associations. Additionally, this didn’t take into account the type of chocolate eaten. Finally, this study found that some negative indicators actually rose, likely due to the extra calories from fats and sugars added to chocolates.

The best way to look for health benefits or drawbacks of any medicine is to do an interventional experiment – a clinical trial. This is where you compare groups randomly assigned to take chocolate or a placebo. An examination of 15 such studies where chocolate was the medicine sadly found few benefits. These studies looked for changes in:

When looking at all 15 studies, there was no significant change in any of these indicators. The only significant change across studies was a decrease in triglycerides. This can be helpful, as high triglycerides can be a risk factor for CAD, stroke, and pancreatitis. Overall, however, chocolate doesn’t appear to be the miracle drug it’s been touted as for the last millennium and a half. As we have learned countless times, using randomized clinical (interventional) trials is the best and often only way to discover if medicines have the effects people claim!

nextDon’t Drop the Ball on Your New Year’s Resolution