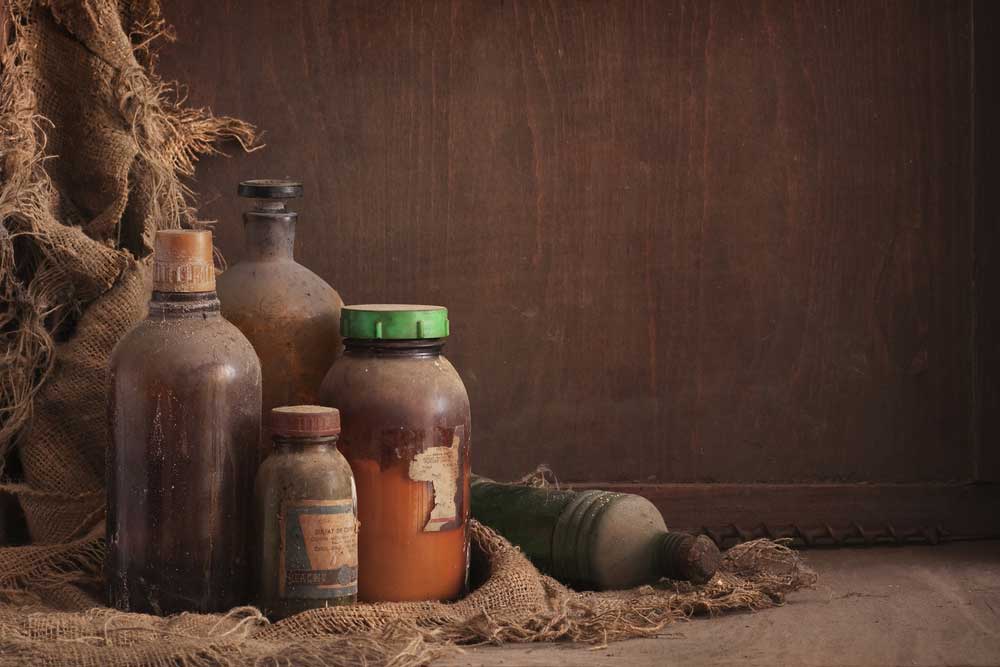 Joint pain is an ancient disease. Dinosaur skeletons, cavemen remains, and ancient Egyptian mummies all have evidence of it. In 1886 an English doctor named John Kent Spender coined the term “osteoarthritis” (OA) which led to the modern understanding of the disease.

To relieve the pain and suffering of OA, ancient healers tried various concoctions, some of which persist until today. . More than 2500 years ago, Egyptian physicians treated OA with ointments containing fat, oil, honey or bone marrow, often added to various dry ingredients such as: flour, baking soda, cumin and incense. 1   The father of medicine, Hippocrates, observed that “Swelling and joint pain, ulcers, those of a gouty nature and muscle strain are usually improved by cold water, which reduces swelling and eliminates the pain, as a moderate degree of numbness eliminates pain”. Another Greek physician named Dioscorides floated a less enduring idea. He recommended using ivy. This treatment proved less effective although the subsequent itching may have distracted patients from thinking about their joints.

Acupuncture, an effective therapy for some folks, is another ancient treatment that has remained virtually unchanged over many years. An older medicinal approach using willow bark leaves remains in use today.  These leaves contain salicylic acid. An understanding of the benefits of salicyclic acid ultimately led to a breakthrough by a French chemist named, Charles Frederic Gerhardt. Gerhardt’s claim to fame involved the chemically synthesize of Aspirin or acetylsalicylic acid in 1897 that improved upon salicylic acid.

In more recent years, clinical research has helped to shed some light on this painful disease. Though there is no cure for OA, researchers have found many treatments to manage symptoms.  Science has proven that physical activity is one of the most beneficial ways to manage OA. The CDC recommends exercises such as: brisk walking, bicycling, swimming and muscle strengthening activities. It’s important for you to get moving and keep moving!  Losing weight can also help relieve additional stress on your weight bearing joints.

If older therapies haven’t worked for you or someone you know, there is always the promises of modern medicine. Thanks to years of clinical research there are some great medications available both over-the-counter and by prescription. Analgesics such as Tylenol, opioids (narcotics) and tramadol are pain relievers. Nonsteroidal anti-inflammatory drugs (NSAIDs) are the most common anti-inflammation medication. NSAIDs include: aspirin, ibuprofen, naproxen, and Celebrex. Corticosteroids are powerful anti-inflammatory medicines most notably given by injection in a doctor’s office. Hyaluronic acid naturally occurs in joint fluid, acting as a shock absorber and lubricant. Hyaluronic acid is given by injection in a doctor’s office.2  We don’t suggest using any treatments without first checking with your doctor!

The future for OA treatments looks bright. You can participate in the path to the future by participating in a clinical trial. We have many programs available at no charge. Please give us a call so we can see which program works best for you!