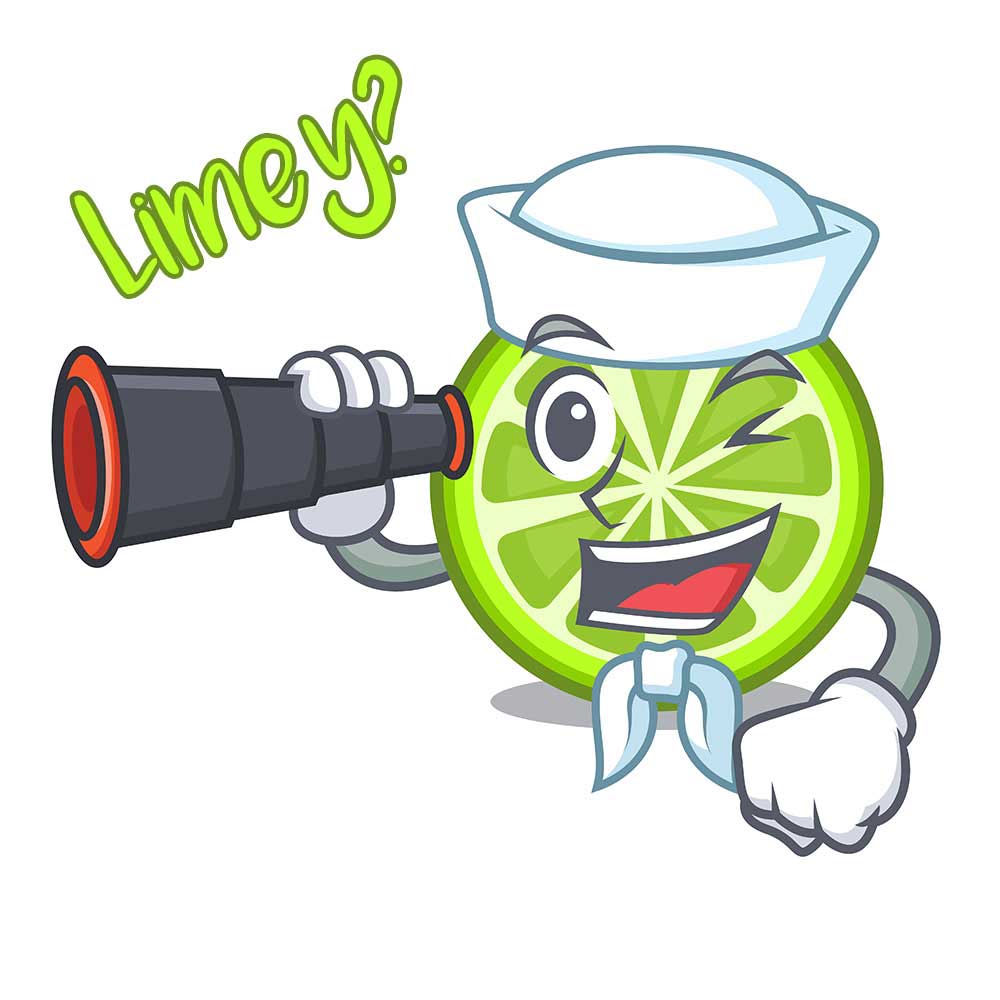 On a sailing ship in 1747, twelve sailors who had begun the voyage feeling fine were overcome with fatigue.  Their gums were swollen and sore, making it difficult to eat.  Their teeth were falling out.  Their legs were swollen and purple from bruising.

Dr. James Lind was a passenger on that ship, and he set out to find the cause.  He set up what may have been the first clinical nutrition experiment.  He decided on six groups of treatments, 2 sailors in each group:

Within six days, the sailors who ate the oranges and lemon felt better and were able to work again.  The other sailors in the experiment felt worse.  The ill sailors were suffering from a lack of vitamin C, now known as Scurvy. They had plenty of fresh fruits and vegetables when they first set out on the voyage.  But fresh foods ran out on the long voyage, and they suffered symptoms from this lack. After this finding, sailors often brought lime juice aboard ship because it could be stored longer. This is how sailors earned the nickname “limey”.

1747 was well before the requirement of informed consent of the patient, detailed eligibility criteria, protocols and regulations, which are a foundation of today’s clinical research.  Nevertheless, it is an interesting example of a method of discovering the best treatment for a disabling condition.

Scientific minds are still seeking solutions for medical problems.  Modern clinical research is strictly regulated for the safety and well-being of the research volunteer.  Great progress has been made in medical science over the last decades.  This progress could not happen without dedicated volunteers. Participation in clinical trials can be a rewarding endeavor for both investigators and volunteers alike.