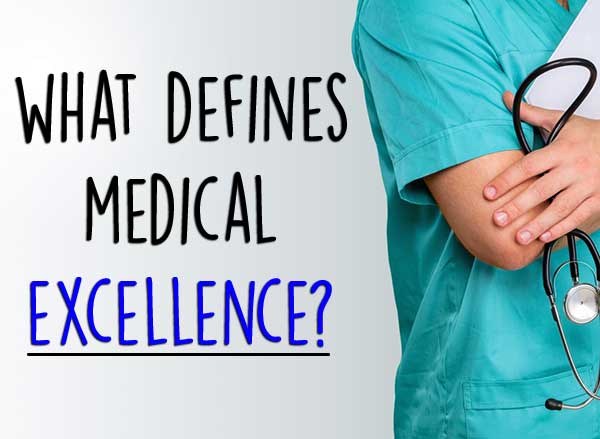 The practice of medicine has changed in major ways in recent years. Though many of these changes reflect good intentions, the real world consequences to patients often don’t match expectations. To understand this divide between reasonable intentions and the less salubrious reality from which we may collectively suffer, I’d like to share a recent anecdote that occurred at the airport when regulations ran amok.

During recent travel, I witnessed an unfortunate incident that you may have seen before. An airline gate agent stopped a member of our party and reprimanded her for carrying a small overnight suitcase, a computer bag and her pocketbook. The gate agent, working on behalf of the airline, stated that she had to follow FAA (Federal Aviation Authority) rules and only allow two bags on board even though the computer bag and pocket book were small. Unfortunately, when asked to “consolidate” the three bags into two, we had a problem. No bag really fit into any of the other bags. The agent wouldn’t “gate check” any of the bags so that we could pick it up when exiting the plane and running off to our next flight. Further, our discussion with the gate agent failed to alleviate our concern that, if checked to its “final destination,” we wouldn’t see a checked piece of luggage any time soon given the shortness of time for our connection.

The solution that followed satisfied no one. Over the next 10 minutes, embarking passengers stepped around the contents of the three bags which littered the entrance to the Jetway. At first, the gate agents ignored the situation, but as tempers flared due to the obstruction of foot traffic, an agent “helped” by aggressively stuffing the computer bag into the overnight bag. A busted zipper later, the bulging overnight bag limped down the Jetway led by a very unhappy customer.

Does this scenario prove airline excellence because the agents showed how well they can comply with government rules? Hardly! Most folks would conclude that this messy scenario wasn’t necessary. In complex situations, the empowerment of professionals to act judiciously given a set of circumstances leads to excellence. The above scenario required the gate agents to apply context while making an overall effort to comply with government regulations. Unfortunately an excellent result didn’t happen in this case.

Similarly, we face the issue of context and judicious interpretation every day in medicine. As a common example, computerized medical records, a well-intended effort to characterize complex information, often fail to convey the true story of a patient or the nuances that make each of us unique. Summarized, bullet point information can easily miss the point. The great composer Mozart famously observed that musical excellence doesn’t lie in the notes but actually in the space and timing in between the sounds. Medical excellence involves a similar concept. Health care providers must read “in between the lines” and understand and respond both to what is and isn’t stated.

What this concept means to the average patient depends on the circumstances. For example, some people with neck pain may need consideration for a heart condition (angina) whereas others should check in immediately for an MRI of the spine and others should book a massage. Distinguishing the underlying cause of the neck pain relies on both a description of the nature of the symptom and on understanding the quiescent pauses of relief between episodes of pain. Excellent clinicians make this distinction by asking the right questions. Excellence during the medical evaluations of headaches, arthritis, and memory problems, among other things, also require this same commitment to careful questioning.

Clinical research promotes excellence by demanding great attention to detail.  During research programs, physician investigators and their staff members must extensively analyze many aspects of our patients’ health.  This thorough analysis usually exceeds that which occurs at the time of general physician visits, a setting during which time pressed clinicians must limit their focus and move on to the next patient. Research also requires the deployment of state of the art technology. The combination of technology and attention to detail of symptoms, signs and lab values leads to an experience which most patients highly value and describe as a demonstration of medical excellence.

In sum, medical excellence involves more than compliance or automatically matching a disease with a drug. Medical excellence is a philosophy of understanding the needs of a patient and putting those needs in context through the development of an individual treatment plan. Clinical research promotes medical excellence by demanding a culture of detail and caring.

nextAn Apple A Day Does Not Keep The Doctor Away