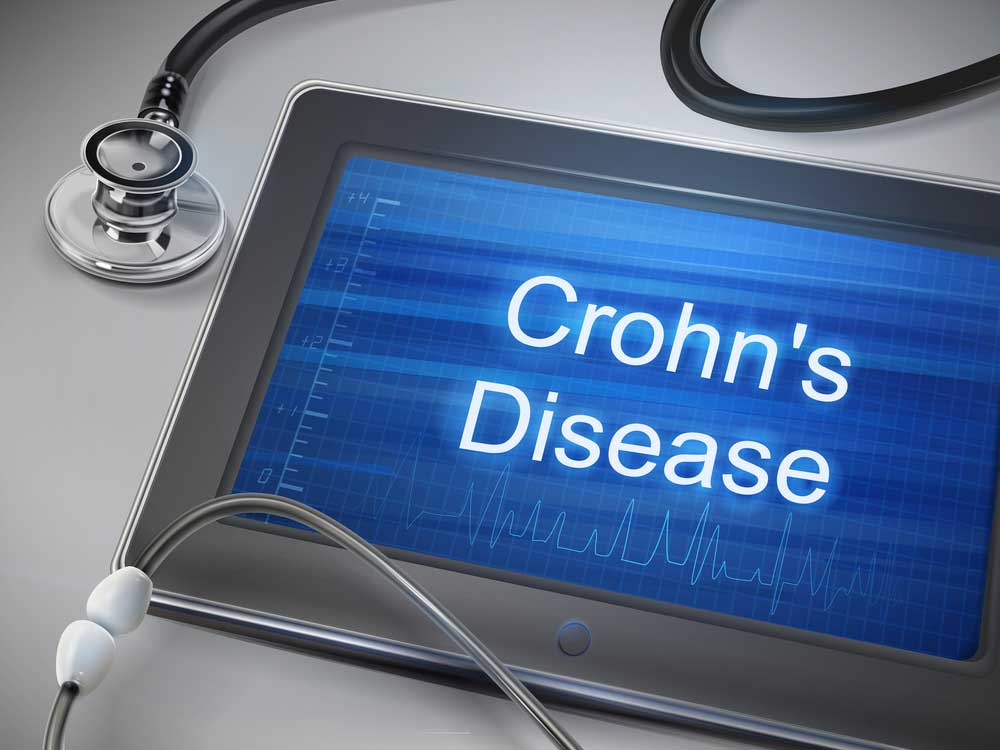 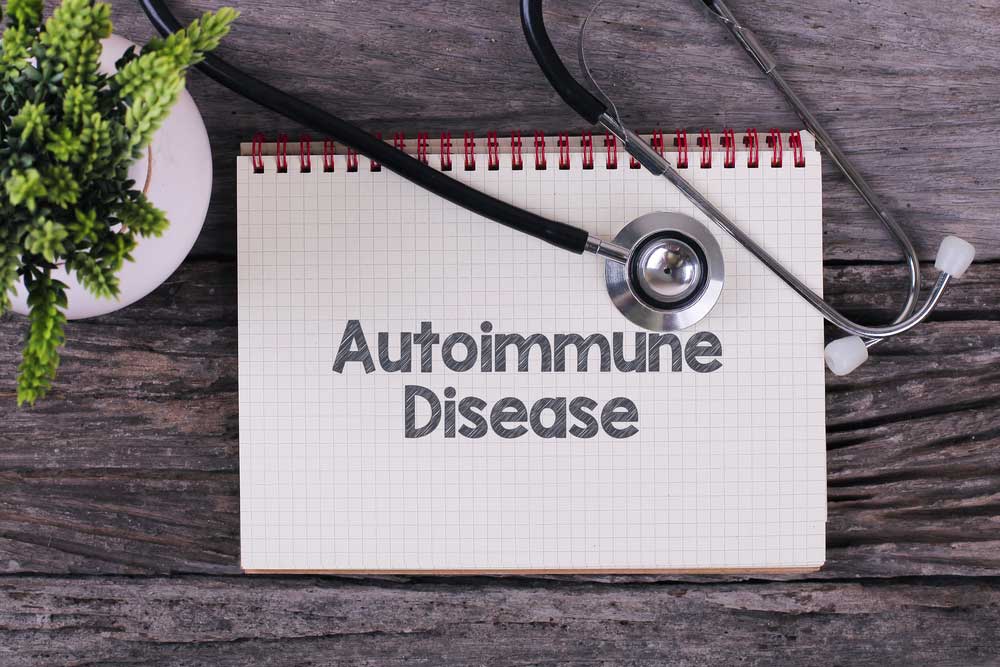 When patients are diagnosed with an autoimmune disorder they often have many questions. How did this happen? What is happening inside me? What treatments are available? Autoimmune diseases can be extremely complex and are the subject of much current research. The immune system’s purpose is to identify and destroy threats to the body such as viruses, bacteria or parasites. However, when a person has an autoimmune disease such as Crohn’s Disease, Lupus, Sjogren’s (show-grins) syndrome the immune system becomes unable to distinguish foreign bodies from the body’s own healthy tissue. When this happens, the immune system begins to target healthy cells causing inflammation. Almost any aspect of the immune system can malfunction causing a plethora of conditions.

One such condition is Crohn’s Disease. Crohn’s is an autoimmune disease where the immune system specifically targets the gastrointestinal tract. Crohn’s can be difficult to diagnose due to the variety of symptoms associated with the disease. The symptoms vary from person to person and by which component of the GI tract is being targeted. If a doctor suspects Crohn’s Disease, diagnosis is confirmed via an upper and/or lower endoscopy. Those living with Crohn’s disease will agree that we need to find a cure ASAP!

Systemic Lupus Erythematosus(SLE) is a chronic autoimmune disease in which the immune system can cause damaging inflammation to any part of the body. Skin, joints and organs can all be affected. Flares can cause a wide variety of symptoms. Around half of those affected by lupus have what is called a butterfly rash on their face. Other common symptoms include inflammation or swelling of the joints, and fatigue.

Another inflammatory autoimmune disease is Sjogren’s Syndrome. Sjogren’s is typically identified by its most prevalent symptoms, which are dry eyes and dry mouth.   These symptoms occur because the immune system targets the glands that produce saliva.1  In the past treatment has almost entirely consisted of treating the symptoms of the disease.  However, new research is showing that Sjogren’s can lead to other complications and scientists are now working on specially devised treatments to nip the problem in the bud!

According to JCCR’s Steven Mathews, MD “the last generation of autoimmune treatments worked further down the mountain so to speak and focused on treating the avalanche of symptoms. Current treatments are looking at treating conditions higher up the mountain at the source and preventing the avalanche from occurring.” Richard Smith, RN elaborated that, “general immunosuppressants act like a hammer on the immune system, whereas the current drugs we are researching act like a fine scalpel only targeting the rogue immune cells.” Our mission at ENCORE Research Group has always been to help get cutting edge treatments approved by the FDA. We want to help deliver safe and effective treatments to everyone. This is only possible by conducting research studies on new investigational medications. If you are interested in taking part in one of our research studies call today. 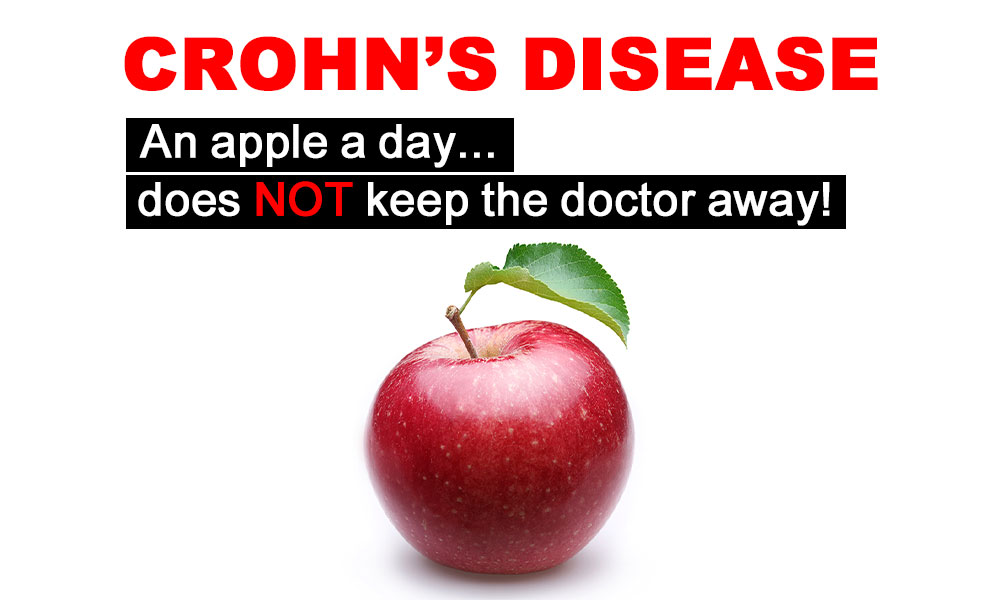 Growing up, we’ve all heard the saying, “An apple a day, keeps the doctor away” and in most cases, an apple is a great fruit to eat!  However, if you have Crohn’s Disease that might not always be the case.  Those afflicted with Crohn’s Disease actually have to peel the skin off of fruits and vegetables with edible skin, however delicious it may be!  The skin is an insoluble fiber that can aggravate Crohn’s symptoms causing more gas, bloating, diarrhea and pain.  In severe cases, can even cause blockages.

The cause of Crohn’s Disease is still unknown.  Scientists believe the cause to be a mixture of environmental, and genetic factors.  Crohn’s Disease causes inflammation of the wall of the gastrointestinal (GI) tract. The GI tract is continuous starting at the mouth and ending at the anus.  An interesting fact about the GI tract is, it can be considered to be outside of the body.  The body changes the environment of the GI tract to be conductive to digesting and absorbing food to the inside of the body.  If we followed the journey of the apple discussed earlier after masticating and swallowing the apple is moved down the esophagus, and into the stomach where it will be digested. Next the apple will pass through a sphincter and into the small intestine where the nutrients from the apple will be absorbed. Crohn’s most commonly occurs in the small intestine and during a flare up it is difficult to absorb necessary nutrients before the bolus is moved to the large intestine.

Research has produced many significant advances for Crohn’s Disease, but there are still many unanswered questions.  Our research sites are devoted to finding answers to those pressing questions and providing a better outlook for the future of Crohn’s health management. You can be an integral part of shaping the path for future medicine, by participating in a clinical trial.