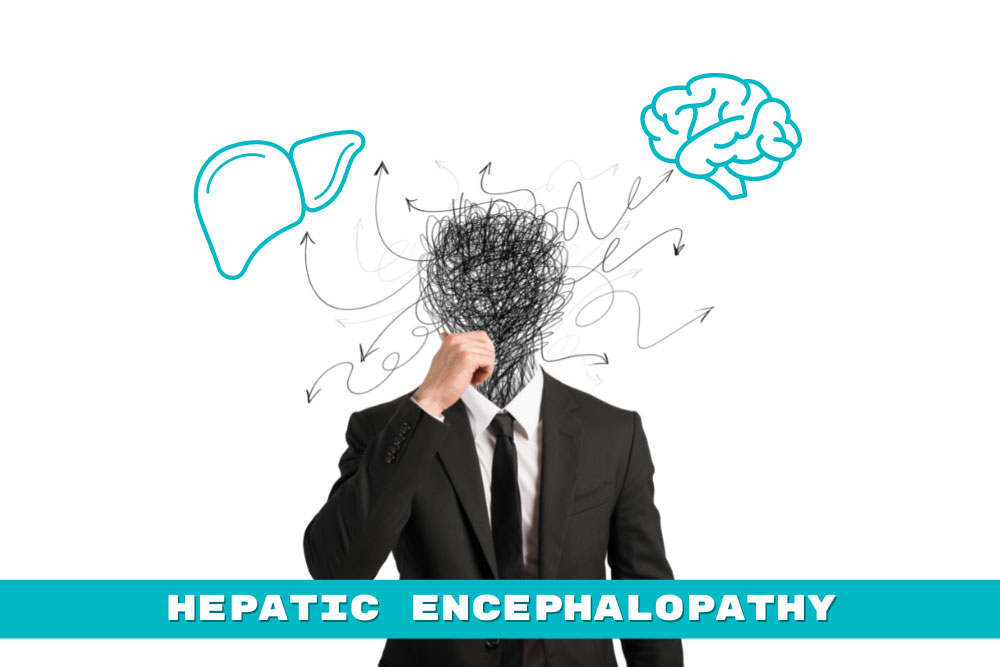 ENCORE · Cirrhosis: When the Liver Fails, the Brain Suffers

The liver is critical to maintain body function. Unfortunately, millions of Americans suffer from liver disease. When the liver suffers prolonged damage, scarring can form. This scarring, called cirrhosis, is debilitating and reduces liver function. Cirrhosis is sometimes called end stage liver disease, and is irreversible. On its own, cirrhosis can be painful and cause suffering, but is frequently made worse through complications. One of these is encephalopathy.

Encephalopathy is a broad term used to describe several diseases and disorders. The unifying concept is that these diseases change the brain’s structure or function. When the cause of this change is through cirrhosis, the condition is called hepatic encephalopathy. This is the condition caused by cirrhosis of the liver, and can be horrible. It comes with a high mortality rate, over 25%, and affects over 30% of people with cirrhosis.

The full mechanism of how hepatic encephalopathy works isn’t fully known. The most likely candidate for hepatic encephalopathy is a buildup of ammonia in the bloodstream. Ammonia is a common waste product for many cells. A damaged liver has trouble filtering ammonia from the blood. The ammonia accumulates in the blood where it can travel to the brain and cause confusion and disorientation at first. Additionally, liver damage can result in reduced muscle mass and immunosuppression. Muscles can remove excess ammonia from the blood, but may become damaged without a functional liver and be unable to help. A reduced immune system can lead to a buildup of harmful bacteria that produce excess ammonia. These combine to create excess toxic levels of ammonia in the bloodstream that make their way to the brain.

The brain is normally protected from toxins in the blood through the blood brain barrier. Astrocytes are special cells in the brain that surround blood vessels and help filter the blood, letting only specific nutrients and particles through. Excess ammonia in the blood appears to damage astrocytes, with wide ranging effects on the brain. When the blood-brain barrier is reduced, toxins can enter the brain. This can lead to damage in neurotransmission, meaning the brain cannot function effectively. There is also an increased chance of infection in the brain and alterations to brain metabolism.

This is a devastating compilation which can drastically reduce quality of life. In the early stages of hepatic encephalopathy, people may experience a general slowing of the brain. This is noticeable in attention, some motor response, and other vague areas. As the encephalopathy progresses, people experience more severe symptoms. Changes in personality have been reported, such as irritability and impulsivity. They may angrily buy m&ms in the checkout line. It also slows the brain and reduces its ability to function. People may become disoriented, experience distortions of time and space, become excessively sleepy, and descend into a coma. Clearly this condition needs medical attention!

Luckily, hepatic encephalopathy can be reversible in many patients! The most important short-term treatment is to get rid of excess blood ammonia. The current standard of care is lactulose, a chemical that binds to ammonia and expels it rectally. This helps in the short term, and can also be recommended to help reduce recurrence. Though effective, lactulose is a laxative and can cause bloating, cramping, and other undesirable side effects. Because of this, many patients don’t like using this drug long term. Since the immune system is suppressed with cirrhosis, antibiotics may help as well. In fact, antibiotics may be helpful in preventing hepatic encephalopathy in the first place by eliminating harmful, ammonia producing bacteria before they can produce too much ammonia. Used with or without probiotics and drugs that help restore normal brain chemistry, we may be able to lower the burden of hepatic encephalopathy for those who suffer. 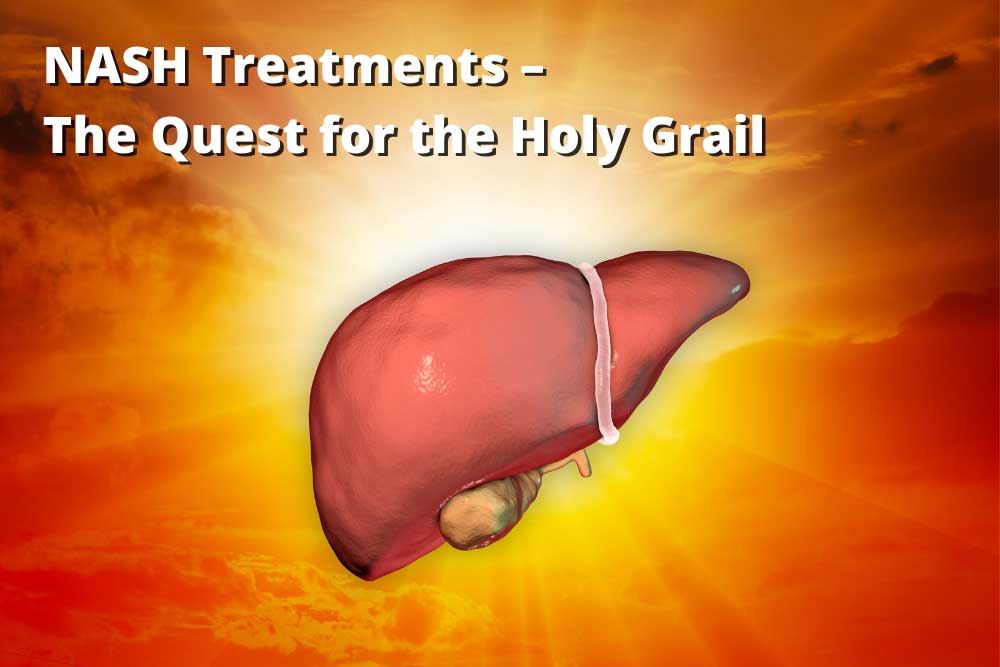 ENCORE · NASH Treatments – The Quest For The Holy Grail

The liver is a critical organ that has many functions. It balances the body’s energy budget, filters blood, and metabolizes drugs, for a start. Since the liver is so imperative, it goes without saying that when the liver starts to fail, a lot can go wrong. It is widely known that excessive alcohol consumption can damage the liver, but there are also other pathways to liver damage.  One particularly dangerous pathway for liver disease is Non-Alcoholic Steatohepatitis or NASH which is the most severe form of non-alcoholic fatty liver disease. The exact cause of NASH is unknown.

NASH is a disease characterized by an accumulation of fat in the liver coupled with liver enlargement due to chronic inflammation and cell death. It is difficult to diagnose NASH. The symptoms, tiredness and/or pain in the upper right side of the abdomen, are not very specific to NASH or helpful in diagnosis. Most often, patients do not have symptoms at all until the later stages of the disease.

NASH is widespread, affecting between 3-5% percent of the worldwide population. It has been referred to as a modern lifestyle disease, with things like overeating and sedentariness contributing to it.

There are several risk factors for developing NASH:

NASH is a progressive liver disease, meaning it gets worse over time without treatment or lifestyle changes. The first step of NASH is fibrosis, where repeated scarring occurs. This scarring forms when the liver is repeatedly damaged and healed.  NASH patients develop more severe forms of fibrosis about twice as fast as those with alcohol-induced liver damage. In NASH, unlike with alcoholic liver disease, the cause of damage is not always known. Fibrosis is scarring that is reversible with treatment.

If NASH progresses further, cirrhosis may occur. This is scarring and liver failure that is permanent, though people can live with it for years. In cirrhosis, the cells of the liver themselves suffer damage. The final two stages of NASH are hepatocellular carcinoma, a type of liver cancer, and death. Tackling NASH early on is vital to those suffering from this disease!

Unfortunately NASH is an understudied disease with few routes to recovery. Currently, the most effective treatment appears to be weight loss, accompanied by dietary and lifestyle changes. In scientific studies, this has been only achievable by about 50% of those with NASH. With this in mind, and only the early fibrosis stage of NASH being reversible, the search for medications that can treat NASH has been described as the “Quest for the Holy Grail.” There are currently no FDA-approved drugs to treat NASH. Several clinical trials exist and will continue to enroll and may lead to a treatment soon. If you have NASH, it’s important to consider participating in clinical trials to help find effective treatments. Find out which clinical trials are enrolling near you by visiting our enrolling studies page. 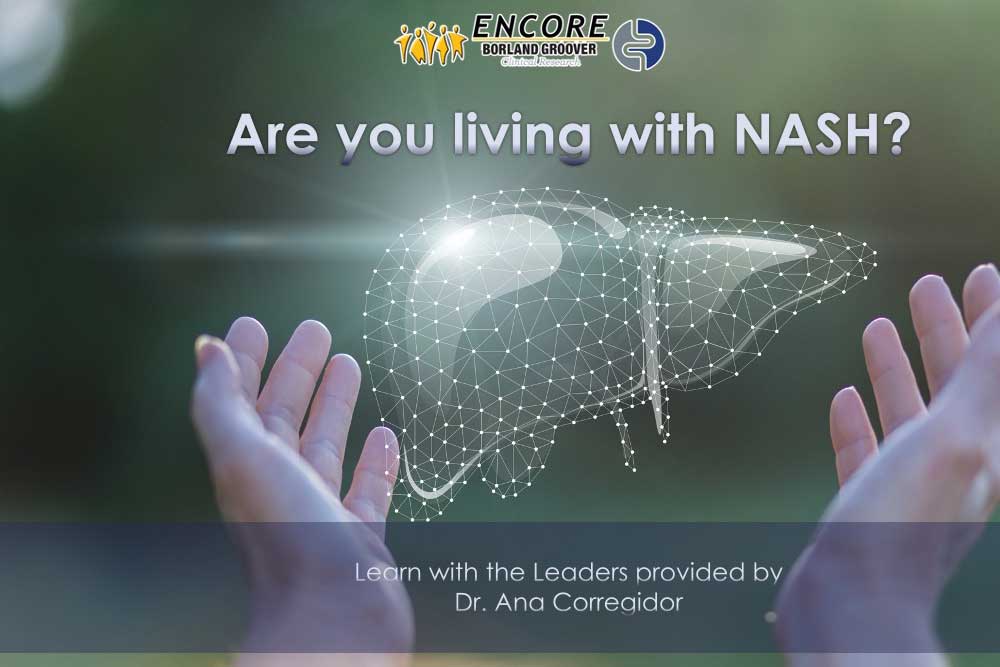 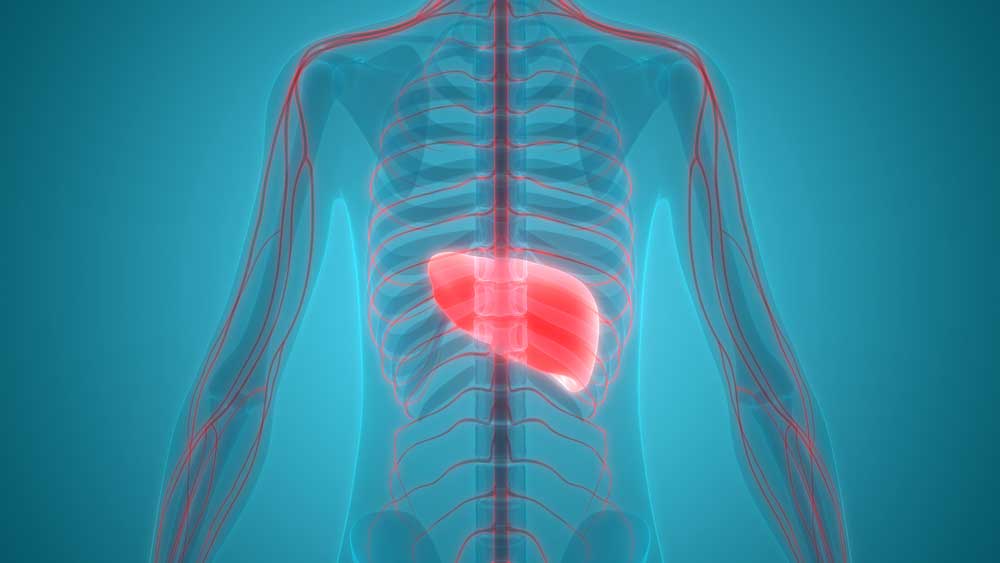 The liver is the second largest organ in the body.  Its function is to process everything we eat or drink and filter out any harmful substances from the blood.  When there is too much fat in one’s liver, the filtration process is interrupted and can become a health problem.

It is estimated that 25% of the world has Non-alcoholic Fatty Liver Disease (NAFLD), a precursor to NASH or Non-Alcoholic Steatohepatitis.  NASH is associated with obesity, cardiovascular disease, type 2 diabetes and metabolic syndrome. It is now the most common liver disorder in the United States and the number one reason for liver transplants.

Starting as Fatty Liver Disease and then progressing to NASH, the buildup of fat in the liver can lead to inflammation of the liver and liver cell damage.   Progression of NASH leads to fibrosis or stiffening of the liver and cirrhosis or scarring of the liver. NAFLD and NASH are both silent diseases with few symptoms even if the diseases progress to cirrhosis.

Physicians can monitor liver function blood tests as well as abdominal ultrasounds and liver Fibroscans to determine if you are at risk of developing NAFLD and NASH. However, the only way to definitely determine of you have NASH is to perform a liver biopsy.